On December 10th, 2019, the Chamber of Commerce and Industry of Serbia hosted the first ADRIPASS dissemination event in Belgrade, Serbia.

The event is held under the topic: “Regional Connectivity and Transport Facilitation”.

The objectives of the event were to introduce the ADRIPASS project to the professional audience – objectives, expected outputs and findings and to involve relevant stakeholders through the discussion on the main topic of the event.

Mr. Miroslav Lutovac, advisor to the President of Chamber of Commerce and Industry of Serbia welcomed the participants and opened the event, highlighting the importance of the transport sector in entire economic development and significance of projects such as ADRIPASS is. Mr. Lutovac stressed that common regional issues should be treated through regional cooperation, where ADRIPASS is a good example of how this cooperation should be implemented.

Ms. Tatjana Jovanović Štiglić, assistant minister for international cooperation and EU integration at Ministry of Construction, Transport, and Infrastructure of Republic of Serbia, informed participants about newest activities and results of Republic of Serbia in terms of Transport Facilitation, where this year was one of most successful – joint Border Crossing for road transport (Preševo-Tabanovce) with North Macedonia is established, additional BCP with Hungary is opened a few weeks ago and agreement with Montenegro on joint railway BCP is signed. Also, a joint railway station with North Macedonia is in the preparation phase and construction works are expected next year. Furthermore, the biggest issues where Serbian truck drivers are facing higher waiting time – Hungarian and Croatian border recording some small positive steps. Namely, at last, an intergovernmental bilateral meeting between Serbia and Hungary, Hungarian side informed that they purchased mobile scales and scanners, which should give some positive results, speed-up border procedures and decrease waiting time at BCPs. Ms. Jovanović Štiglić stressed that ministry as Associated Partner supporting the ADRIPASS activities and will continue to be actively involved in ADRIPASS activities and outputs.

Ms. Milica Dubljević, Secretary-General of Association for Transport of Chamber of Commerce and Industry of Serbia, presented activities and initiatives initiated and addressed to different relevant governmental and international institutions, regarding waiting for time and losses suffered by all actors in regional Supply Chain. Ms. Dubljević explained conclusions from different meetings held last year where CCIS enabled the private sector to meet and discuss with the public sector on the importance of solving the actual situations on unacceptable waiting time and lose of resources at borders.

Ms. Vesna Đorđević, senior advisor at the CCIS-Association for Transport, presented the results on a survey on border waiting time, dedicated and conducted among road transport operators – trucking companies. The survey was completed as an independent activity of association as additional activity of the ADRIPASS project.

Mr. Nebojsa Jevtić, CCIS ADRIPASS Project Manager, presented the ADRIPASS goals, objectives and expected outputs. Structure of the project, partnership, and associated partners are listed and the first findings of the ADRIPASS project were presented. Mr. Jevtić was the moderator of the event.

Mr. Jevtić presented working package WPT3, which is led by the Chamber of Commerce and Industry of Serbia. The basic structure of the very first draft MoU was presented to the audience, with a short discussion with Ms. Jovanović Štiglić as representative Associated Partner – Ministry of Construction, Transport, and Infrastructure of the Republic of Serbia.

In the end, the Q&A session was held, followed by cocktail lunch for all participants, with the possibility for additional information on the ADRIPASS project and networking. 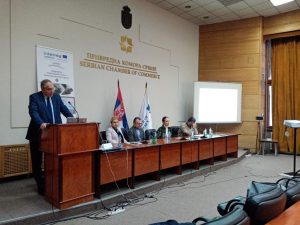 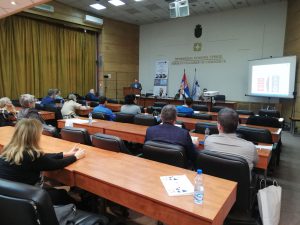 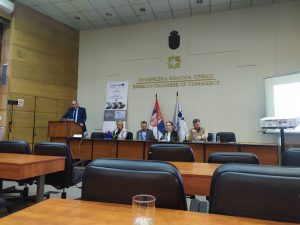 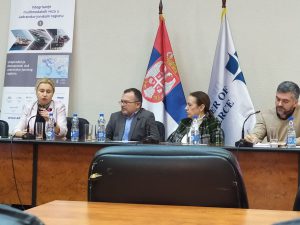 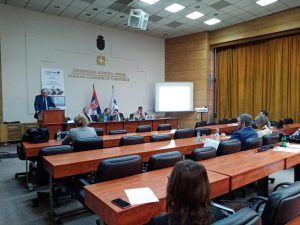 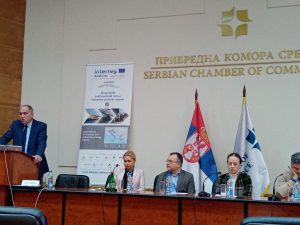 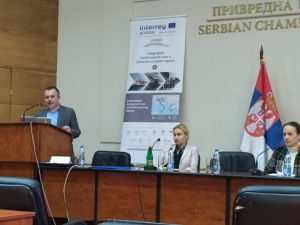 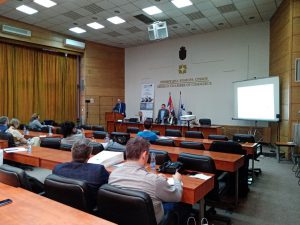