The second virtual meeting of the ADRIPASS Transnational Cooperation Network that took place on 9 June focused on the newly updated “Transnational Strategy for the Improvement of Multimodal Transport and Accessibility in the ADRION Region” published in 2020 within the ADRIPASS project.

The importance of the topics and objectives included in the strategy was highlighted and the main transport stakeholders confirmed their interest in the identified “strategy” goals and measures with the aim of ensuring faster, safer and more efficient transport and logistic services as well as cargo operations in the Adriatic-Ionian Region.

Several speakers, starting from Alain Baron, European Commission, Directorate General for Mobility and Transport, underlined the importance of multimodal transport and in particular of rail connections with ports, as their main link to the hinterland. Baron explained that the recent events in Ukraine and the need for alternative routes for grain exports showed a lack of regional cooperation and rail capacity to cover the unforeseen urgent need for new transport solutions. Indeed, resilience and the improvement of this transport network will be on top of the agenda of the forthcoming TET-T days in Lyon. Solving bottlenecks at border crossings was also mentioned as an important element to reduce travelling and waiting time, making railway transport more competitive. The new TEN-T revision, he added, also includes a Western Balkan Corridor which will play a key role to increase the competitiveness in terms of accessibility and capability for the Adriatic Ionian area and Europe in general.

Matej Zakonjsek, Director of the Transport Community Treaty Permanent Secretariat, agreed with the importance of further improving multimodal transport in the area to ensure the competitiveness of the entire Adriatic-Ionian region by keeping TEN-T at the core of the national transport planning. He underlined the need for a green and digital transition, starting from the modernisation and maintenance of rail networks, digitalization and cooperation among the main actors, to the use of existing knowledge in the area.

During the round table discussions, participants provided further inputs for the finalisation of the ADRIPASS strategy for the improvement of multimodal transport in the Adriatic-Ionian Region. For example, the creation of intermodal terminals; the promotion of multimodal transport not only as an environmentally-friendly measure, but also as an opportunity for future economic development; the involvement of decision-makers to create the necessary political will to ensure cooperation among ports and nodes; the adoption of common standards and single-window systems for quicker information exchange and checks. 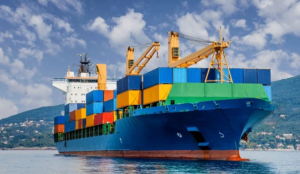