For a better “container” flow information

On February the 6th, a workshop for members of the port community was held at the premises of the Chamber of Commerce and Industry. It outlined the upcoming process changes at the container terminal as part of the Edifact center 2 project.

The first phase of the Edifact center 2 project involved the coverage of container shipments by Edifact standard for the purposes of container loading at the Port of Koper. The second phase started regulating the area of the entrance of the empty containers to the area of the Port of Koper. The latter was also of key importance for the subsequent dedication of the comprehensive introduction of Edifact connections with shipping companies and the connection of the Edifact center 2 system to the truck and train announcement system. As a result, Luka Koper, d.d. eliminated the need to use dispositions for empty containers. The third, final phase of the project is expected to be put into production early in the second quarter of this year.

The introduction of the entire Edifact center 2 system represents a major change in the processes among the stakeholders of the port community, which is why the participants were primarily interested in the impact on their daily work. In a constructive discussion, they highlighted changes in the current situation that will lead to a faster and more accurate flow of information and a clearer distribution of responsibilities between stakeholders.

It will also allow some other improvements in the paperless business and the digitization of the processes themselves, in line with the company’s strategic orientations and the expectations of the entire port community.

The workshop was part of the EU project ADRIPASS activities, under the aegis of the Interreg ADRION Programme. 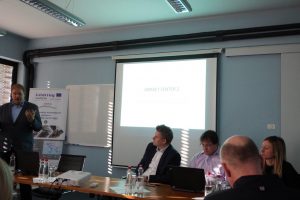 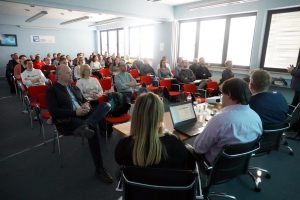 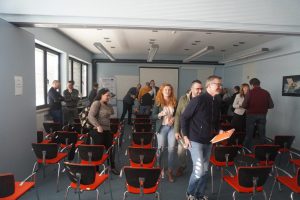